Maybe you’ve already wondered what the festivals in Poznań can be like? Well they surely do differ one from the other, they deal with different topics and different art forms, however a common demeanor is the unique atmosphere that they offer. Attending some of them might be similar to an exotic journey, yet all of them are a good excuse to additionally discover Poznań and the diverse facets that the city has to offer. Listed below you will find the most popular events that are without any doubt worth the journey to Poznań. Each of the events listed is organized yearly so don’t worry about missing out on anything. 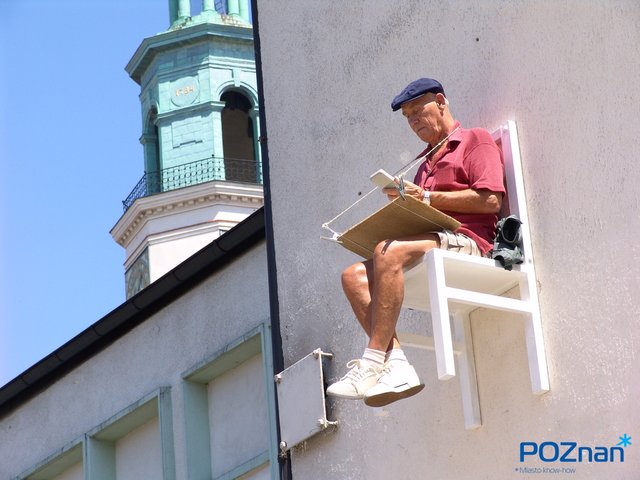 When? June/July
How long? Up to a month!
Where? Throughout the whole city!

Poznań Malta Festival is the biggest and most famous festival that is organized by the city. It started out as a festival to promote street theater and street art. Back in the day most shows took place at Malta Lake, located in the center of the city, that’s where the Festival gets its name from. With time due to its popularity and great reputation the festival expanded and became one of the most influential festivals in Europe dedicated to performative art forms. For a number of years now each edition has had a main topic around which the whole festival revolves. Examples for these topics are: Asia, South America, Man & Machine.
An important part of the festival, a part always highly anticipated is the musical part with live concerts. Within the past 25 years world acts such as Kraftwerk, Portishead, Elvis Costello, Faith No More, Voo-Voo, Leningrad Cowboys, Damon Albarn have had the chance to appear and perform at the festival. 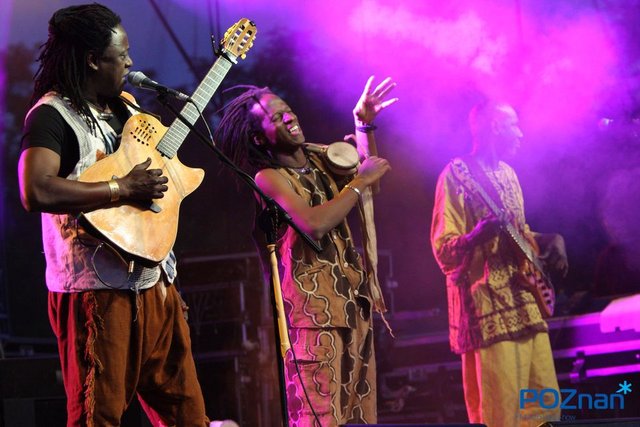 When? June
How long? Three days
Where? Zamek Culture Centre

Ethno Port is often referred to as a „musical harbor” for acts from around the globe that are involved in creating ethnic sounds. During the 3 amazing days in June Poznań becomes filled with the inspirational sounds and vibes form basically each part of the world. During the festival one might also like to attend different types of workshops and/or meets and greets with musicians, cultural anthropologists as well as folk music experts. 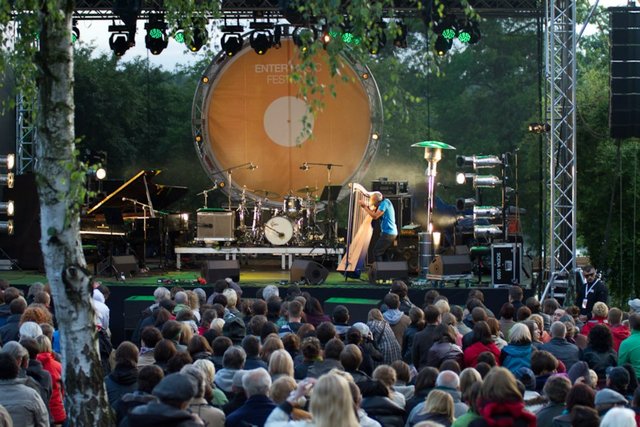 When? June
How long? Two days
Where? Strzeszyńskie lake

Enter Music Festival is an open air jazz event organized yearly in the lovely setting of a lake and forest just outside of the city center. This event is by all means directed at jazz enthusiasts, however it is on such a high level that no one will be able to say that attending it was a waste of time. This summer jazz jam has had the pleasure to host musicians from Europe, Africa, and South America. The mastermind behind this event is Leszek Możdżer – THE top jazz performer in Poland, also known to the world as a film music composer and music producer.
You will with no doubt enjoy the music, blissful nature and general atmosphere of the event. 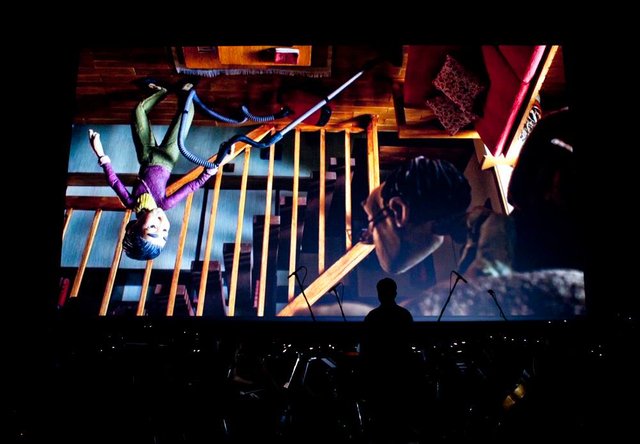 When? July
How long? About a week
Where? Zamek Culture Centre

Animator is quite a unique film festival that revolves around the topic of animation. This event proves that one should not do away with this genre labeling it as one only for kids. During one whole week one can attend different workshops that aim to prove that animated films reach out beyond the typical cartoon. The workshops allow participants to learn more about the techniques and crafts used to make animation come to life.
Part of the festival is a competition aiming to appoint the best animated film from those submitted each year. 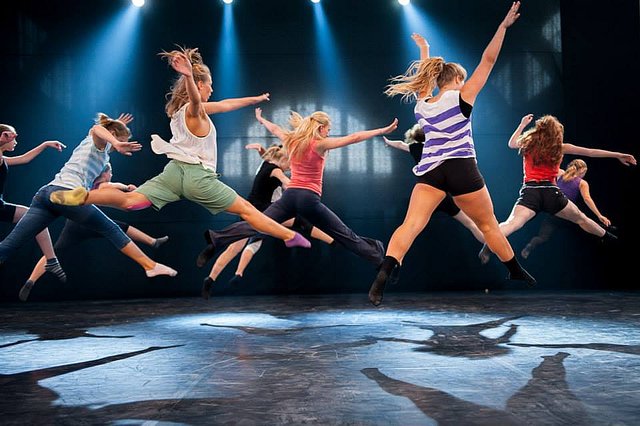 When? August
How long? One week
Where? The polish Dance theater & different parts of the city

Dancing Poznań – is an international Dance event, during which one has the opportunity to attend numerous shows and/or workshops. The workshops are open to the wide public, age or dance level abilities are of no matter. Thanks to instructors from around the world one has the opportunity to become familiar with different dance styles so put your dancing shoes on and get ready to have a great time. 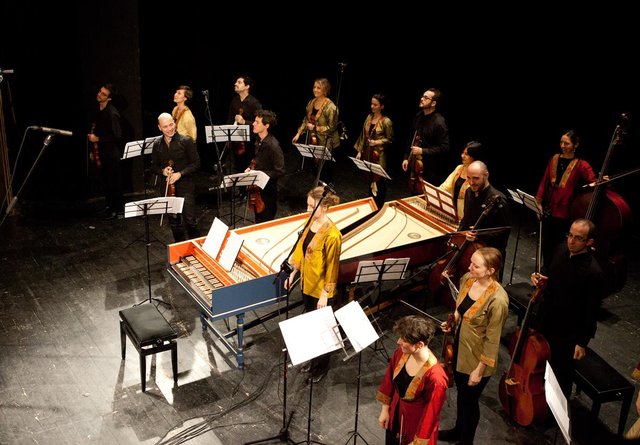 When? October
How long? One week
Where? Zamek Culture Centre & other concert halls in Poznań

Poznań Baroque is a music festival devoted to a genre with niche status. One might wrongly assume the group this type of music is meant for is also very limited however this musical event has been drawing more enthusiastic crowds each year, allowing baroque music to adopt a new, more hip image. During the festival one can enjoy the works of such masterminds like Bach, Vivaldi and also baroque artists that one might say have been forgotten. The interpretation of the works presented ranges from classical, through experimental and innovative, making the event indeed worthwhile. Additionally one can attend workshops that allow to get closer to the topic of today’s baroque. Workshops are organized both for children and adults. Come and find out for yourself how vibrant this music can be and how much fun baroque music can offer. 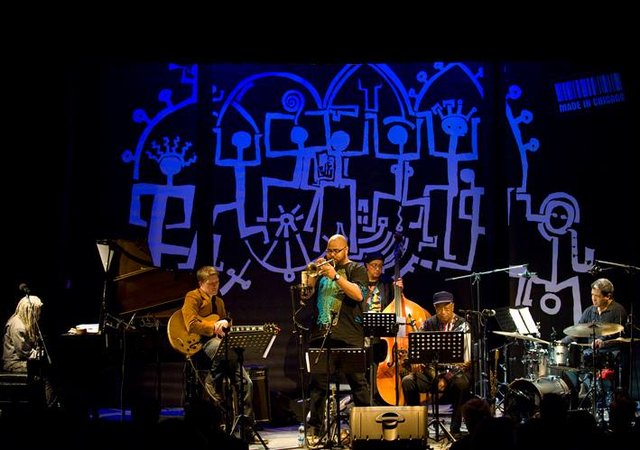 Made in Chicago is yet another event especially for those interested and passionate about jazz. The event is organized thanks to the cooperation with the Jazz Institute of Chicago. Each year a number of musicians from the windy city arrive in Poznań to perform and jam together with polish jazz performers creating a unique musical event that certainly is worth checking out. Think about it – “a Polish – American jazz salad” – offering sounds that you probably would not be able to experience anywhere else in the world. 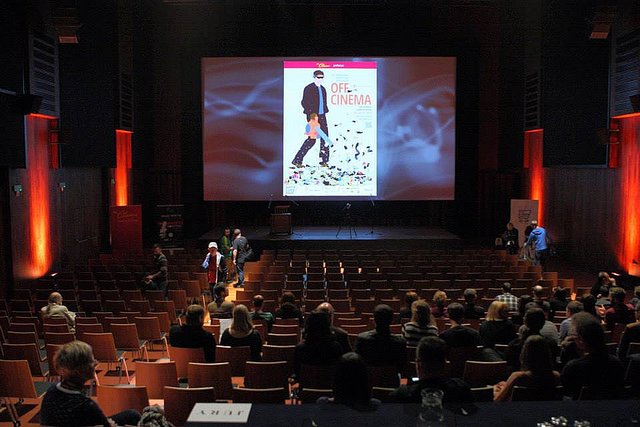 When? November
How long? Almost a week
Where? Zamek Culture Centre

Off Cinema is an international film festival during which unique documentary films get presented. Very often the topics discussed and/or the artistic forms presented become a real eye opener – having allowed this festival to have a great reputation amongst documentary cinema fans.
The main part of the festival is a competition during which contestants may present their work. Apart from the diverse movies and films presented one can attend numerous corresponding events such as concerts, lectures and/or exhibitions. 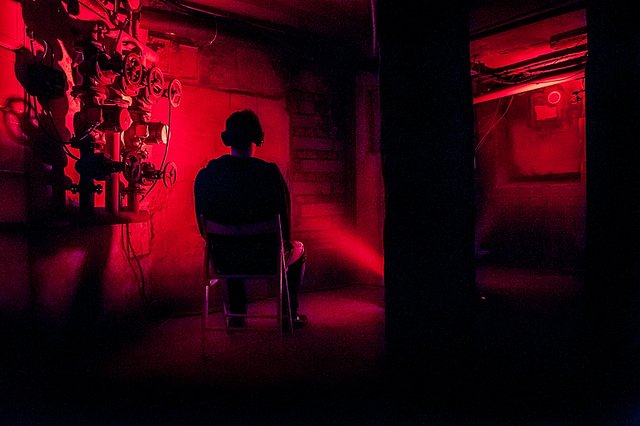 When? November
How long? Three days
Where? Concert halls, churches & other areas throughout the city

Nostalgia Festival is a spin-off from the Malta Festival, both being organized by the Malta Foundation. This autumn event symbolically closes the cultural and festival season in Poznań. The festival is devoted to a more “intimate” musical genre that has been much influenced by folk culture and tradition. Apart from music one can also expect theatrical performances and different types of so called happenings.

Hungry for more? Check out the following...

When? November-December / How long? One week / Where? Different cinemas in Poznań

During the festival different movies mainly directed to a younger audience are presented. However also during the festival one might have the chance to watch films that have been created by kids or teenagers.
The festival attempts to do away with certain stereotypes dealing with the kids & teenagers.

When? August-September / How long? Two weeks / Where? Poznań & Wielkopolska

This event proves how fascinating and exciting the guitar can be. The festival takes part in Poznań but also in places surrounding Poznań, so get ready to plan fun little field trips while partaking in this event.

Pyrkon is a typical fantasy festival during which fans of this genre have the opportunity to discover and experience a fantasy world that for the few days becomes their reality. Films, games, comic books – anything that touches on the topic can be found here.

When? March-April / How long? Three weeks / Where? Zamek Culture Center

Short Waves is a film festival devoted to short films. Come and find out how much can be told during a “split second”.

When? September-October / How long? Over a month / Where? Zamek Culture Center

Every two years the Poznań Mediations Biennale draws both modern art creators and performers as well as modern art enthusiasts.