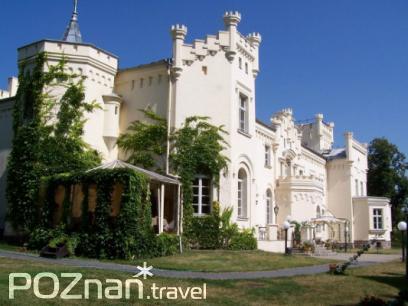 Built in about 1860 for Anastazy Radoński. After a final expansion in 1890 the residence ended up in a shape of a romantic castle, situated in a picturesque natural landscape park with the area of 5 ha, which was founded in the mid-19th century. A classical outhouse and manor buildings have survived by the palace.