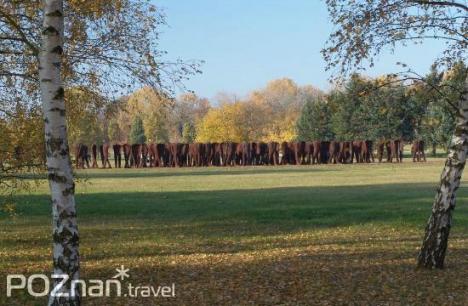 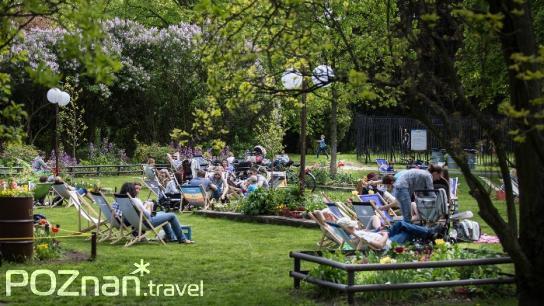 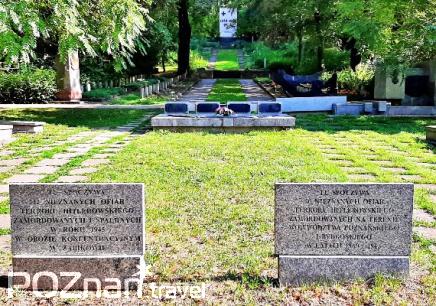 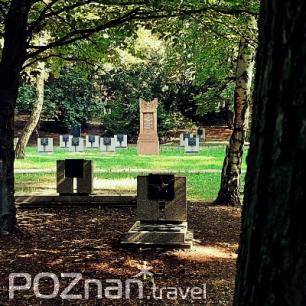 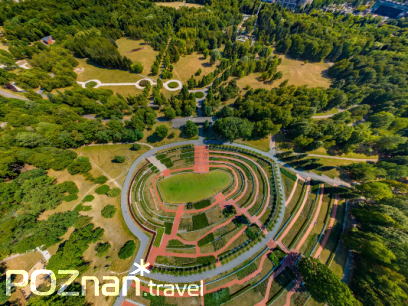 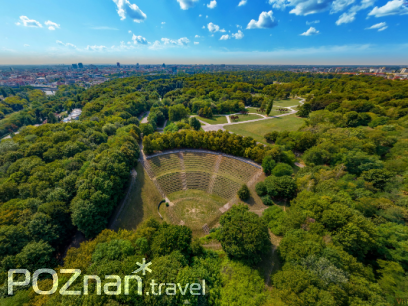 In the 19th century, the Winiary Hill located north of the Old Town was turned into fortifications. After the WW II the place has been turned into a large park (nearly 100 ha in area). Today the Citadel is Poznań’s favourite relax and leisure location. Remnants of the fortress house the Museum of Arms and the ‘Poznań’ Army Museum. The south-west slope of the hill is now occupied by cemeteries for soldiers who died in the two World Wars. It is also the place where, in 2002, Magdalena Abakanowicz, a world-famous Polish artist, created an open-air exhibition of her sculptures.

Winiary fortress was built between 1828 and 1839 on the grounds of two depopulated villages, Bonin and Winiary. It was a classical structure forming part of the so - called new - Prussian system. It was the key part of a Prussian fortress into which Poznań had been transformed by the occupying power. Its total area was ca. 100 ha.
In 1945 Cytadela's fortifications were largely destroyed and in the following years most of what had been left was demolished. In those years a cemetery of Soviet soldiers was created on the southern slope of the hill.
In 1962 work was started aiming to create in Cytadela a Park - cum - Monument of Brotherhood in Arms and Friendship between the USSR and Poland. In 1992 this lengthy name was changed and since then it has been simply Cytadela Park. Today the park, together with the cemetery, has an area of around 100 ha. There are two museums in the park: the "Poznań" Army Museum and the Museum of Armaments. Near the Heroes Monument there is a monument unveiled in 1982 of the Soviet Marshall Vasili Chuikov (1900-82), commander of the 8th army, which stormed the Citadel in 1945. Only few of the sculptures that used to stand in the park in the years 1968-70 have survived. Two reminders of those old times can be the sculptures "Brotherhood of Arms" by Dimitry Sova from Charkov and "The Sappers" by Jan Jakób. There is also the "Bell of Peace and Friendship between the Nations" unveiled in 1986. There are several cemeteries on the southern slope of the hill. For the past few years, every Easter Passion Plays have been held on the grounds of Cytadela, involving the youth of Poznań. The plays, which are performed after dark, are watched by large crowds.