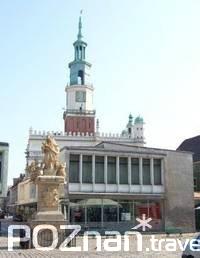 Dear visitors, from December 1, 2022 to January 31, 2023  Wielkopolska Military Museum will be closed for individual visitors!

The present collection of arms illustrates advances in arms development in Poland from the 11th century to the present times. The oldest uniforms date back to the 18th century and to the era of the Warsaw Duchy (headwear). The only pre-World War II item saved from the devastation of the war is a fragment of the 1901 panorama by Wojciech Kossak depicting The Battle of the Pyramids.