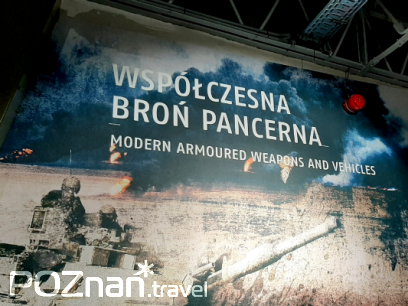 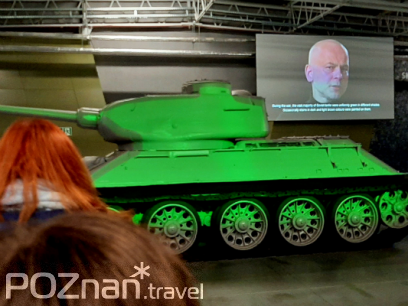 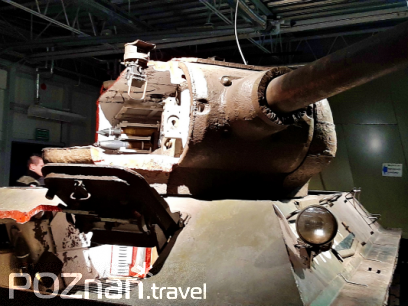 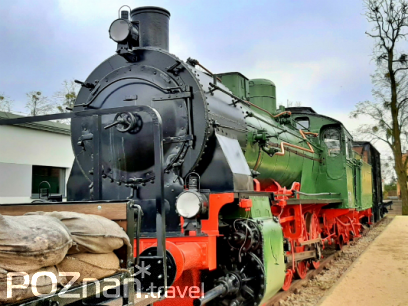 Museum of Armoured Weapons in a new form

There was a Museum of Armoured Weapons before in Poznań open in 2015 but the location has changed and for a couple of years tourists anticipated the re-opening. Firstly, this is a unique place since there are only 5 museums of this type in Europe and the only one in Poland. The exposition is simple and intelligible. On nearly 10 000 m2, in 4 pavillions, the museum tells the story of the armoured weaponry from the beginning of its history in early 20th century through the times of wars (including the cold war) until the present times.

We get to see tanks and other armoured cars – vast majority of them original, actually serving durring the battles. Many of them at some point went through the Polish hands so they’re closely related to our history.
Tables describe the objects in Polish and English. Each hall has some hidden gems like a tank T-55 with the original sign of Steven Spielberg (the tank played in his movie) or a computer game which you operate while sitting on a tank. The exhibition is enhanced with movies, for instance from pulling out the machines of the Warta river.

Driving to a museum is easy. You head towards the western part of the city near the airport, thorugh districts of OGRODY and WOLA. The parking is able to guest 60 cars and 5 tourist buses. For free.

Getting by public transport shouldn’t be problematic either. You take a tram to the OGRODY station (the end of the line, trams: 2, 7, 17, 18 in February 2020) and you change to the bus stop 200 m away, on the Nowina Street. There you take any bus going through TATRZAŃSKA stop. No additional tickets than the city ones are needed.