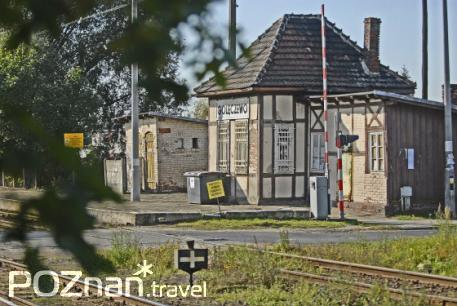 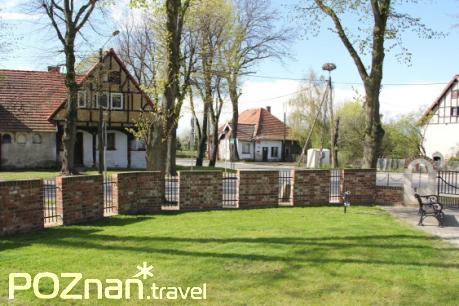 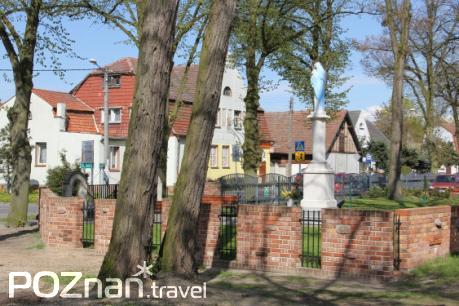 The wattle and daub railway station, the “Pod Złotą Gwiazdą” inn, the communal house with a school (nowadays housing a primary school), a former bathhouse and 38 houses and farmhouses currently hold separate entries in the Registration of Monuments. With this number of historic buildings, Golęczewo is a unique village among other similarly sized places.

The village’s historic building development is a result of the Germans’ desire to make it into a model village settlement and an example of propagating German culture, especially agrarian, in the East. The village was bought from the Polish owners (Zygmunt Błociszewski) in 1901, for a total of 530 thousand Mark by the Prussian Settlement Commission and immediately the works began in the model realization of plans by the architect Paul Fischer, commissioned by Emperor William II. The houses built in Golenhofen (the Polish name Golęczewo was also changed into German) were erected in the Prussian colours - white with red and black detailing, and high rooftops, and with stables and cattle sheds built nearby.