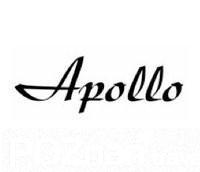 A nickelodeon, in existence in Poznań for over a hundred years, newly reopened in 2005 after a major renovation.

“Apollo” houses two state-of-the-art theaters, the larger one doubling as a professional performance stage and is able to hold an audience of 390. The cinema’s focus is mainly challenging Polish, European and world films, and in its repertoire also dives into the timeless movie classics. The nickelodeon works closely with theaters around the world, presenting comedic performances as well as more serious ones.