ZenOn is a restaurant serving Japanese cuisine and specialising in udon - a type of soft Japanese wheat flour noodles, usually served hot in a broth and tempura, kaki-age, abura-age and vegetables in a dish known as kitsune-udon. The taste of the broth and used toppings can differ according to the region. Today we would like to explain what all those foreign-sounding words mean and what the difference is between udon and the popular ramen. 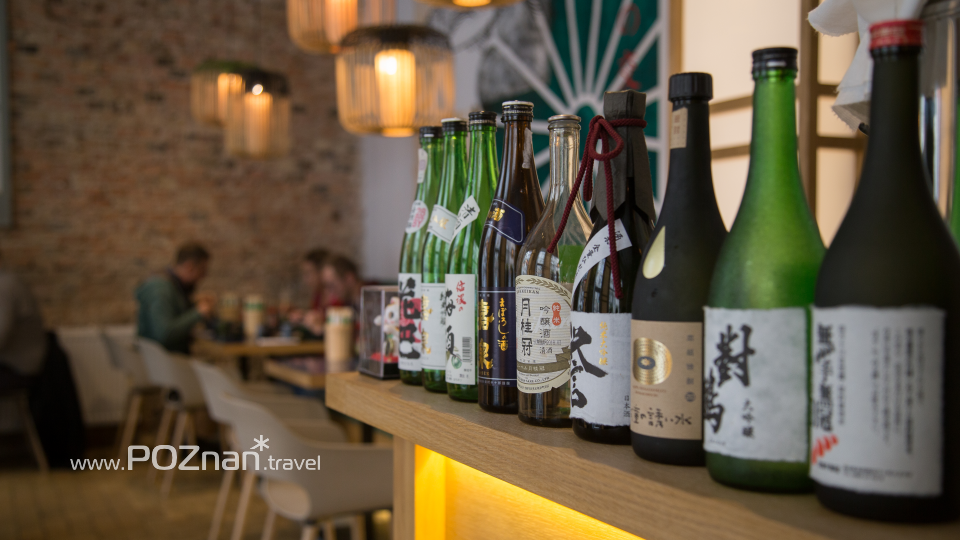 One of the many secret ingredients is the Shichimi Togarashi, or the 7 Spice Blend - a popular Japanese spice mix used to flavor soups, noodles, Yakitori skewered chicken and many other dishes. It is quite spicy and usually includes 5-7 different components such as red chili, roasted orange peel, white and black sesame seeds, Japanese pepper, algae and ginger.

ZenOn is a restaurant serving Japanese cuisine and specialising in udon - a type of soft Japanese wheat flour noodles, usually served hot in a broth and tempura, kaki-age, abura-age and vegetables in a dish known as kitsune-udon. The taste of the broth and used toppings can differ according to the region. 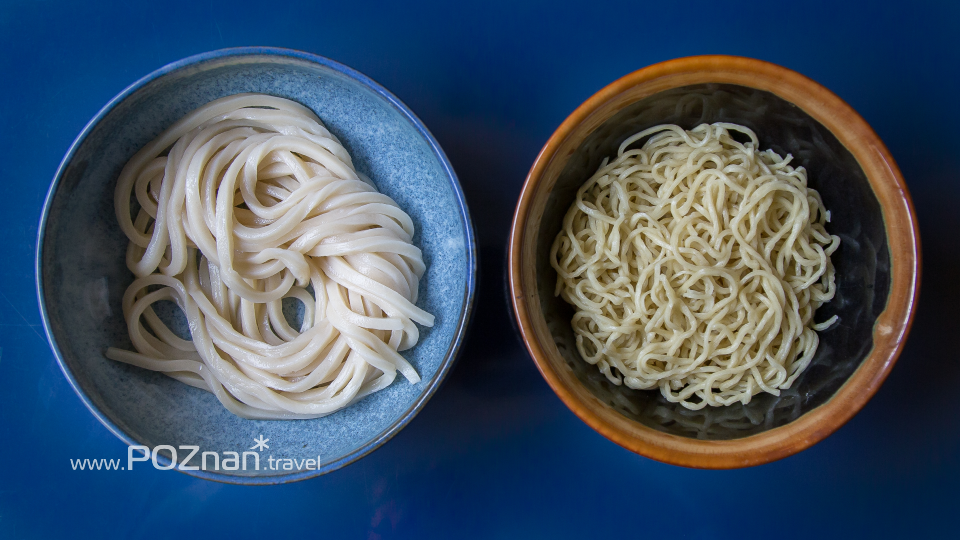 Udon is made on the spot at the restaurant using special machines and its production is an arduous, lengthy process taking up to 24 hours! This laborious way of preparation makes udon much less available in comparison with the popular ramen noodles - the latter much more recognisable and at the same time much easier to make.

The long and elastic udon noodles can only be prepared using original Japanese ingredients, every single one from the salt to the flour ordered especially in Japan. When cooked and ready to eat it is usually served as a soup or rather - a dwo-dish meal including a soup and many filling toppings served in one bowl. The number of toppings can range from two to six, depending on the region, the season and the tastes of the consumer. A real treat is the ZARU UDON, which is served cold. This summer dish can very easily be compared to a gazpacho served with noodles. Zaru is served cold with a cold sauce. Udon can be used for many things - another popular way of serving it is fried in a wok. 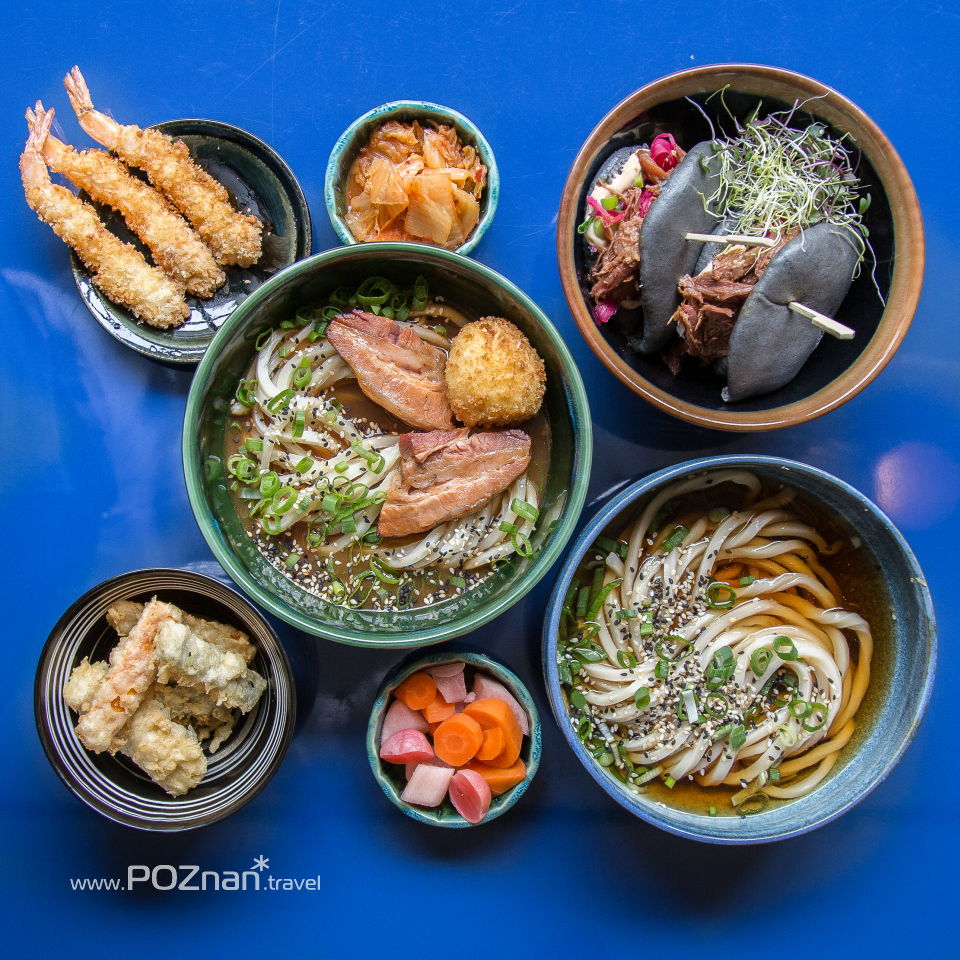 ZenOn’s menu includes 8-9 soups, 2-3 dishes without broth, a few starters and two desserts. The menu is changed every couple months and the only permanent fixture is the popular dashi broth prawn, which is also the only dish in the restaurant modelled 100% on Japanese tradition. Other udons are a Japanese variation with a European twist. They would be a little too exotic in their original versions, but there is no problem to make special orders - maybe for a dinner with friends - which are more demanding and much closer to their authentic Japanese counterparts.

Western customers expect an explosion of flavors and aromas as well as a diversity in texture. They also like to return to their favorite restaurants in search of novelty. It is much different in Japan. There, the classics remain unchanged, and dishes are much simpler. The compositions win over hearts with perfection and barely detectable nuances. This requires a longstanding experience with the cuisine and tradition, and so ZenOn’s slightly europeanized approach seems completely understandable. 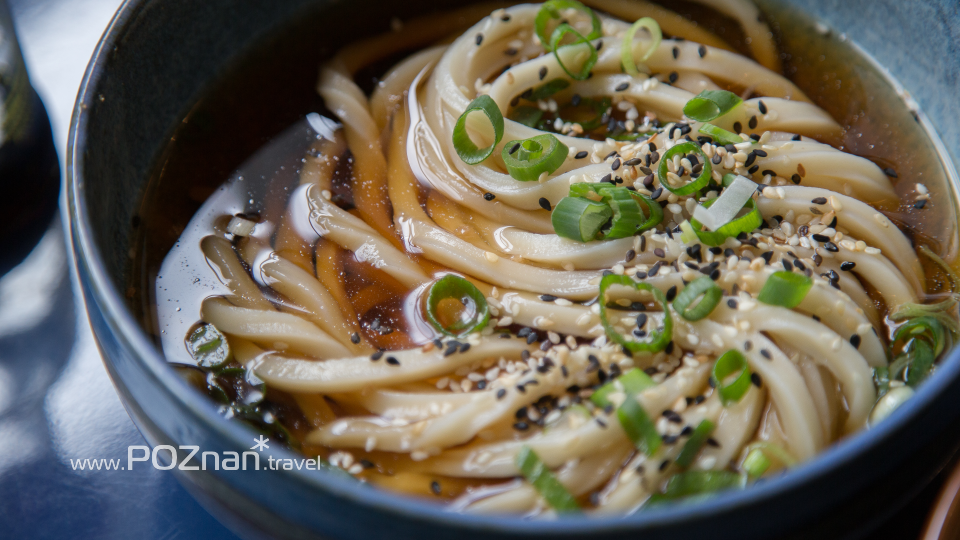 Udon in broth with basic toppings

For your first attempt we recommend the curried bacon - next to the prawn it is another menu item which regularly returns and causes an uproar when it goes off the menu. The heavy, thickened sauce perfectly complements this extremely popular dish.

The servings are large enough that most customers have trouble finishing their first portion of udon. In time, they learn to brace themselves - if someone finishes their udon till the last noodle they are either a regular or are very hungry.

The staff will tell you all about the starters, the matcha ice cream and the Japanese alcohol - and do not hesitate to ask. These people are passionate about what they do and they are more than happy to share their knowledge and experiences so that we may better understand udon. We can guarantee - whoever tries it, is bound to come back for more.