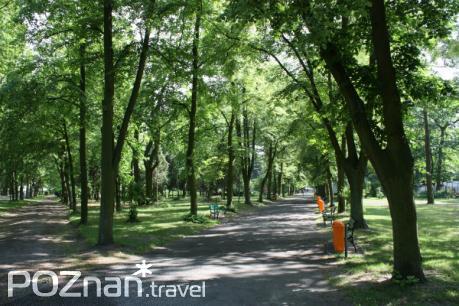 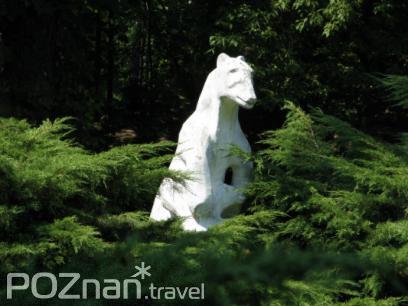 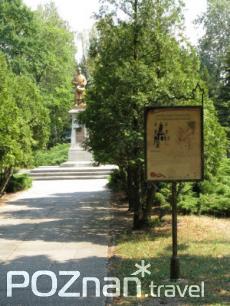 The park is among Greater Poland’s larger and finer parks. Its origins date back to 1888, when the Śrem Beautification Society created a playground in the area of the municipal pastures. It was the Reverend Piotr Wawrzyniak who suggested the creation of a park in 1891.

More extensive works were started in 1924 under the management of Sylwester Szczepski – president of the Śrem Beautification Society. In spite of frequent plantings of trees and bushes, the flora of the park is native and of largely natural origin. In 1969 the park was named after the Greater Poland’s Insurgents commemorating the rise of the Polish population in 1918. In the same year, at the entrance to the Park, the Greater Poland Uprising Cross was erected and the reconstructed Drummer monument unveiled. Amidst the flora of the park there are a few monuments, e.g. the Polish Solders’ Monument and some park sculptures. In the vicinity of the ponds, visitors can see remains of an early medieval castle, the so-called Jewish Hills, a place connected with the beginnings of Śrem. It was here where from the 10th to 13th centuries a fortified settlement guarded the crossing over the Warta River.