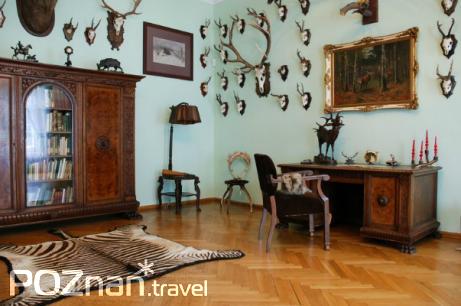 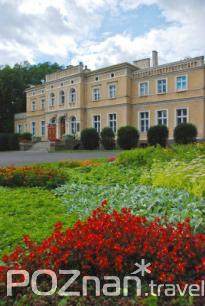 The Museum is located in Uzarzewo, about 15 kilometres from Poznań by the Piast Track. The historic castle and park complex includes two structures in its area.

The mid-19th century palace houses the exhibition of forestry and hunting history since most ancient times: weaponry, hunting accessories and trophies. In the stable/carriage house the natural environment of Wielkopolska is presented as well as the fauna inhabiting it, with a special emphasis on wild game. In 2004, a new exposition has been commissioned - Adam Smorawiński’s hunting trophies. The collection includes trophies of wild game from all parts of the world and has been located in the exhibition hall founded by the hunter and donor himself. Another wing has been added to it in 2010. The pride of the collection is the so called “Great African Five” (a lion, an elephant, a rhinoceros, a leopard and a buffalo).