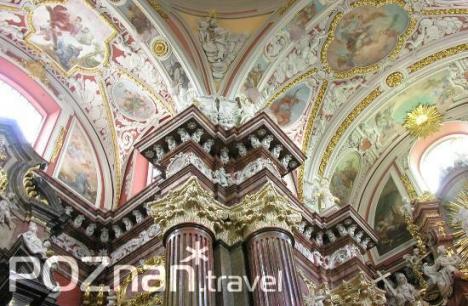 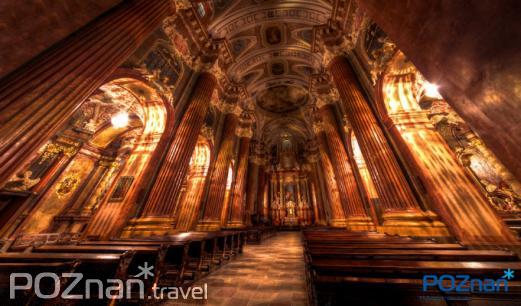 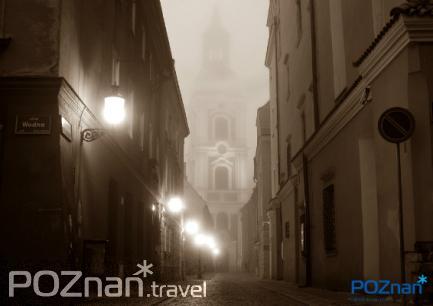 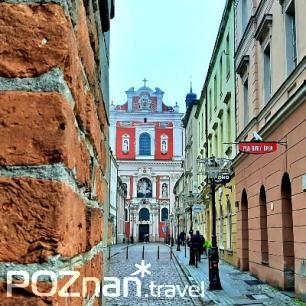 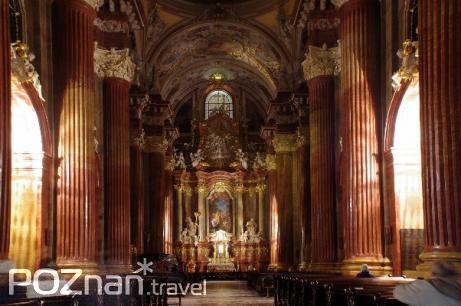 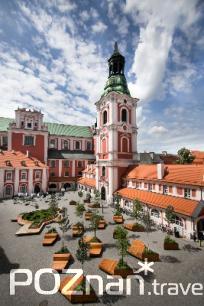 Poznań Collegiate Church, one of the most impressive Baroque sacral edifices in Poland, was built in the years 1651-1701 (and completed around 1750). Impressive facade of the church closes the horizon of the street. In the niches there are statues of saints, and in the middle, on the eagle you can see the figure of St. Ignatius of Loyola, founder of the Jesuit order. Be sure to check out the interior of the temple, which will enchant you with the wealth of forms and lavish décor.

The aisles are separated from the nave by arched arcades supported by huge columns made from artificial marble. Worthy of notice is the trompe-l'œil dome in the crossing depicting St. Stanislaus the Bishop being welcomed to heaven. Pay attention on the famous pipe organ - the work of the famous 19th century organ builder Frederic Ladegast. The pipe organ has over 2,600 pipes.

The groin vault aisles are split into chapels with altarpieces designed in the first half of the 18th c.  Worthy of notion is the late Gothic sculpture of Christ as the Man of Sorrows from around 1430 in the Chapel of Japanese Martyrs in the east aisle and the painting of Heavenly Mother with the Infant (17th/18th c.) in a silver dress and a gilded crown in the Chapel of St. Francis Borgia in the west aisle.

Underneath the entire temple there is a stretch of cellars where, owing to their specific microclimate, wines were stored in the 20th century. Spacious barrel vault crypts under the church where monks, benefactors and parishioners (in the years 1798-1910) were buried. Excavations carried out in the 1990 revealed a fragment of medieval walls.