Located at the very center of Poznań’s Old Town, Bamberka serves some of the most traditional dishes of Polish and Poznań regional cuisine. On the menu - żurek (rye soup) served in bread, blood soup, “ślepe ryby” - a regional meatless soup or goose meat with pyzy (steamed dumplings), available all year round. All dishes are prepared from scratch from natural, organic ingredients, tasty and served in hearty portions bringing to mind Sunday dinners at granny’s. The restaurant also offers workshops on how to make traditional “pyry z gzikiem” (boiled potatoes with cottage cheese) as well as beer and liquor tastings. 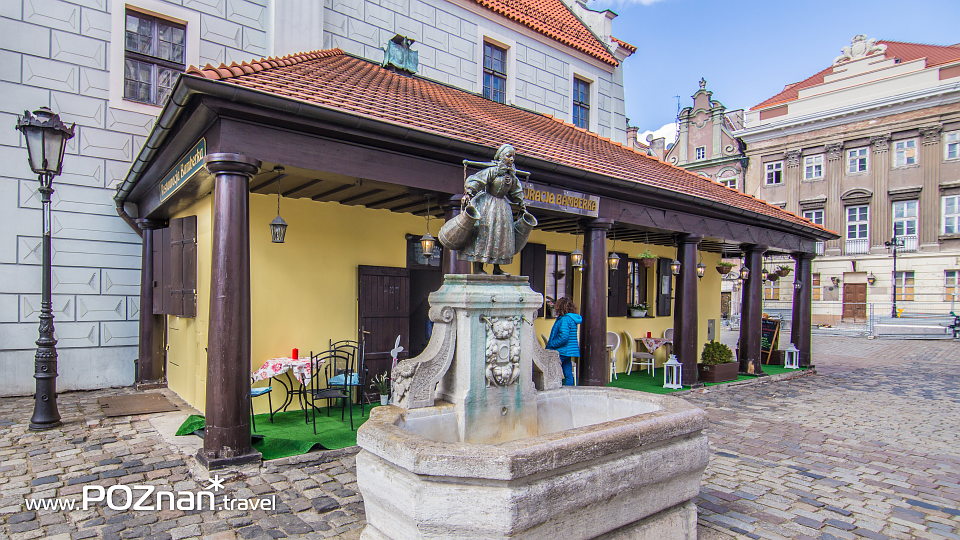 The Bamberka well is a well recognized spot at the very heart of Poznań’s Old Market Square. Situated at the Western wall of the Town Hall, the sculpture depicts a woman in a characteristic Bamber dress, with slings and water jugs used in wine-making. The well pool that the water flowed into was used as a trough for horses and supposedly also as a water well for the local people. Today it is one of the most popular selfie spots in the city. Right behind the Bamberka statue there is a building and in it - the restaurant we are visiting today. It is worth mentioning that the restaurant is much bigger than it seems from the outside. 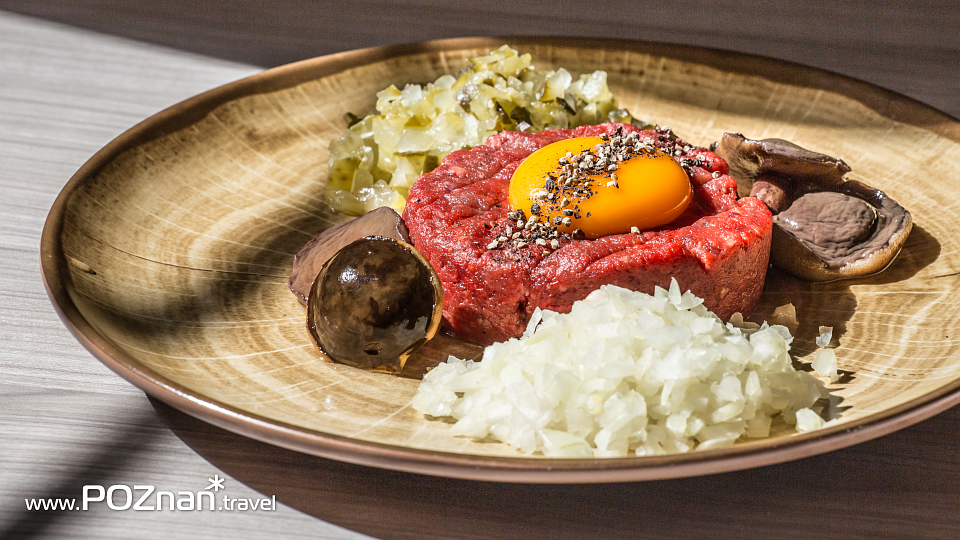 The restaurant we are visiting today, Bamberka, serves dishes of the regional cuisine, mainly from Wielkopolska. It is the ideal place to take your friends to try goose meat with homemade steamed dumplings, żurek served in bread, the famous Poznań “pyry z gzikiem” (boiled potatoes with cottage cheese), grey dumplings or kopytka (a type of gnocchi) - all of it made on the spot, from scratch and from all organic, natural ingredients. The breads and pies are also baked on the spot. One of the specialties of Bamberka are the so-called “ślepe ryby” (blind fish), the traditional meatless soup which actually has nothing to do with fish. It is a tasty dish and a great story to tell your friends who are less proficient in Wielkopolska’s culinary tradition, and we are told also one of the most popular dishes on the menu. 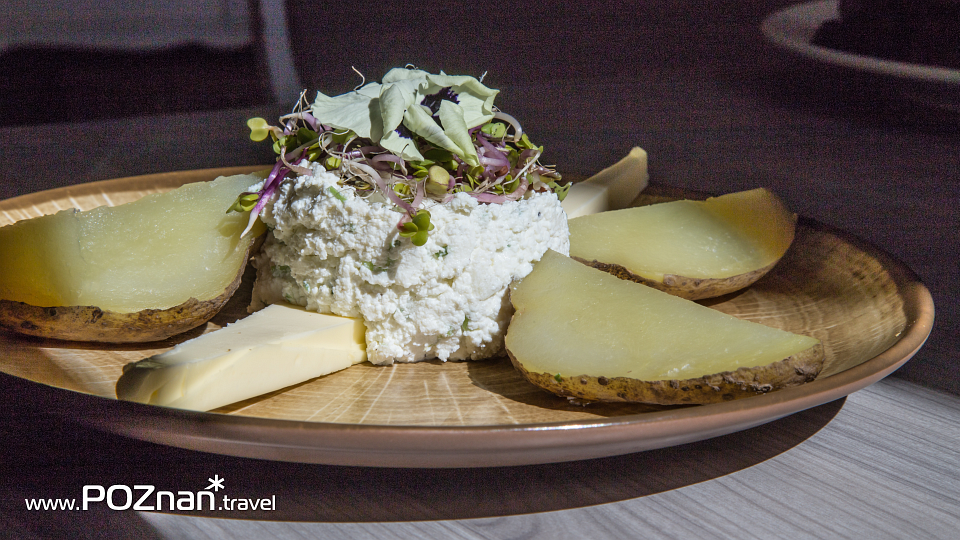 The restaurant also offers Polish wines (Winnica Chodorowa, Winnica Kinga from the Lubusz province), which can be a great attraction especially for foreign tourists. Poland is not really well known for wine-making, but some of the vintages are a pleasant surprise, memorable as one of many culinary curiosities of the region.

There many more of these here. For example - did you know that the traditional recipe for krówki (fudge candy) was created in Poznań? That’s right - the Krówki z Milanówka (Milanówek fudge) available in Bamberka, the world’s first ever fudge candies, come from Poznań. It was the fever of war that forced the family manufacture to move to the Warsaw area. How about the do-gooder Benedictine, a liquor prepared on the base of herbs and roots since the early 16th century? It is an excellent addition to cocktails, ice cream and coffee. The 21 herb Benedictine is another one of the Poznań only delicacies Bamberka is worth a visit to try. 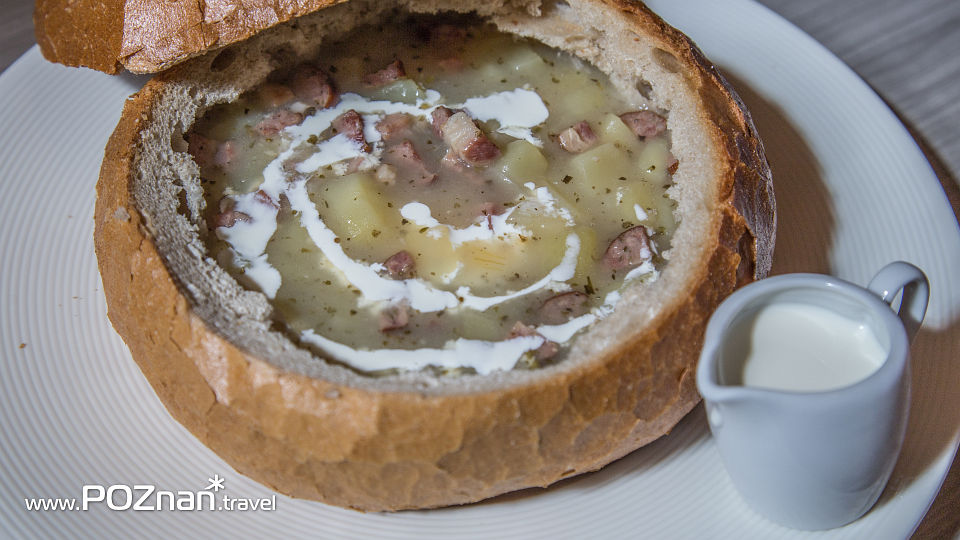 For organised groups, families, groups of friends or tourists Bamberka offers Polish craft beer tastings and “pyry z gzikiem” and grey dumpling preparation workshops. The guests are welcomed with bread and salt, and the animators who work with the restaurant can prepare a special ceremonious event in costumes. The workshop can be combined with a tour of the Waga Miejska building.

Szare kluski (or szare kluchy, grey dumplings) – dumplings traditional for the Wielkopolska region, prepared from raw, grated potatoes. Their name comes from their characteristic color given to them by the raw potatoes. Szare kluski have been served in the 19th century as the potato became popular in Wielkopolska. They appeared in cookbooks as early as in 1918 (“Najnowsza kuchnia” by Marta Noskowska) and in the “Dobra Gospodyni” (good housewife), the cooking handbook for the Polish home in 1933. (Source in Polish: Wikipedia) 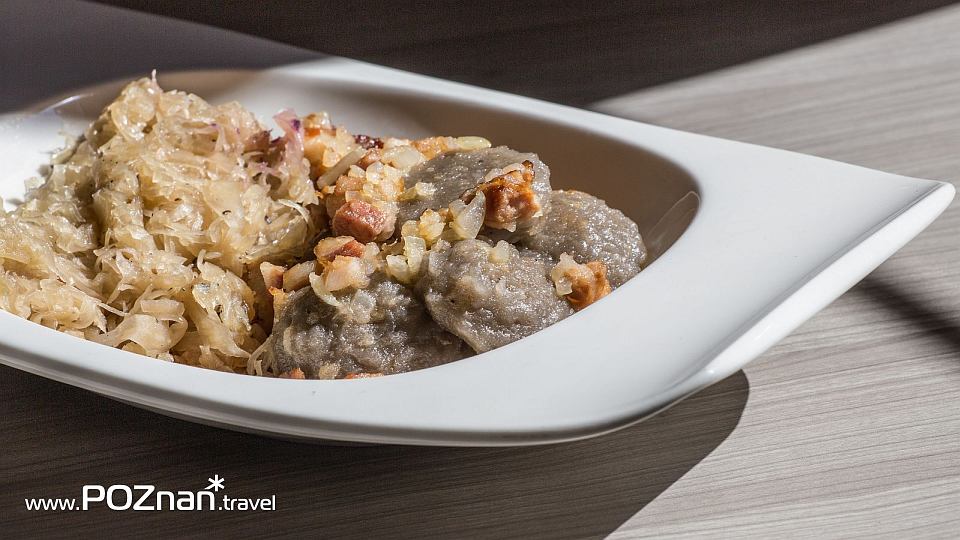 Culinary workshops are organized even for 3-4 year olds who visit the restaurant as part of pre-school trips. For parents with small children the restaurant has prepared a family corner and a comfortable changing table. 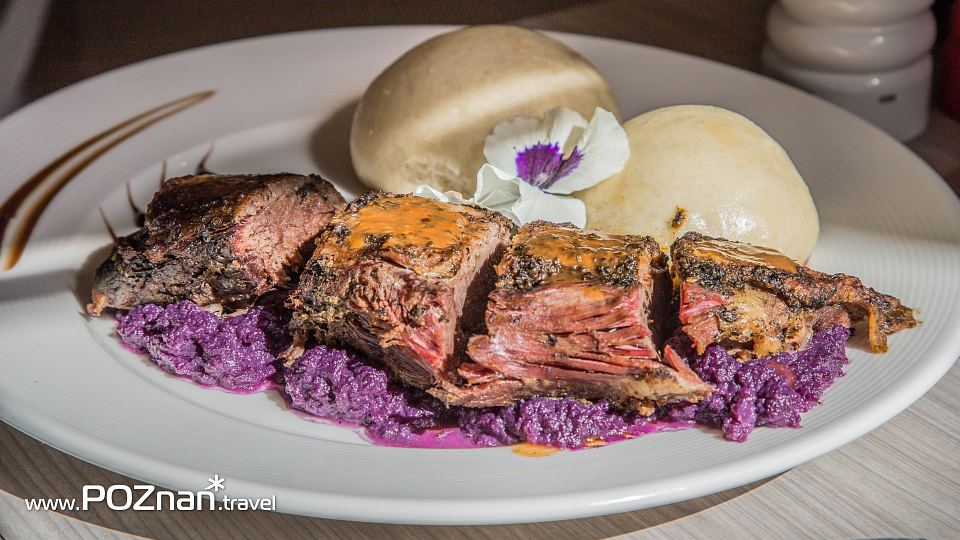 Goose meat with steamed dumplings (available all year round)

Of all the meals served in restaurants we would like to highlight the “czernina” (blood soup). The one in Bamberka is served with giblets, necks, wings, dried fruit, and is prepared with offal-based stock. The soup is served with homemade noodles (“łazanki”). 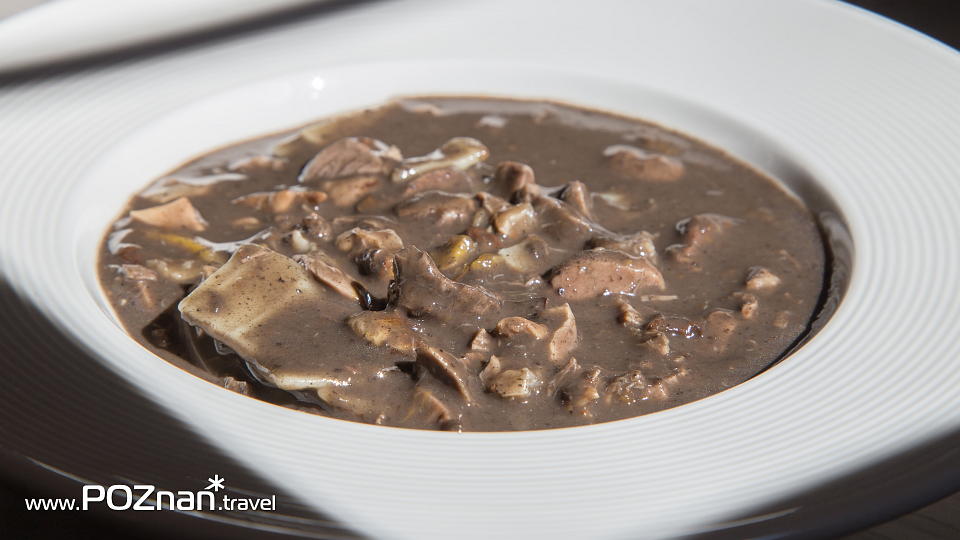 If czernina is too difficult of a challenge for you, on weekends you have the chance to order a perfect broth. Also, keep in mind the “blind fish” soup which, as you well know, has nothing to do with fish. 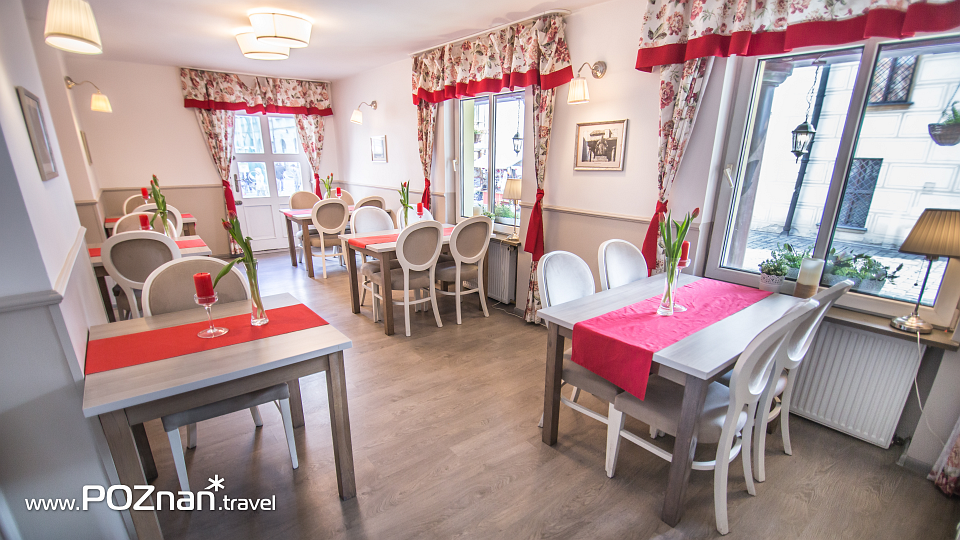